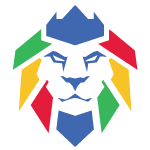 As a sponsor and part of the jury, Babil Games will be giving two prizes to the following two winners:

A multiplayer survival game about an alien who must use his advanced technologies to live and survive on planet Earth. Players will construct bases, explore the planet, and battle enemies. KaleJump Games developed Drake’s Odds: Survive for PC.

A multiplayer action game with elements of hack-and-slash and tower defense. In intense 5 vs. 5 matches, players will compete against one another. One group will be the defenders, while the other players will be the forces of the undead. Vaki Games‘ KingsHunt will be released later this year for PC and Xbox.

About Babil Games:
Babil Games, part of Stillfront Group, is a top-tier mobile games publisher in the MENA region that is based in Dubai and Amman. Babil Games helps international developers to successfully navigate different global markets, with a focus on the MENA region: one of the world’s fastest-growing games markets. It brings gamers culture-adapted, and high-quality free-to-play games through creatively localizing art and content. Best known for the Nida Harb series and Strike of Nations.